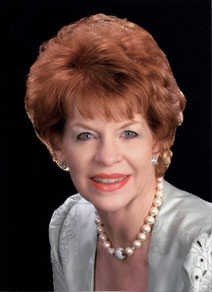 New tween series fuses fantasy with reality in time travel adventures; the book lends a lesson in history to readers through a boy’s odyssey to 1692 and the days of pirates.

BlackHeart’s Legacy: Book 1 of The Odyssey of Jon Sinclair by Sally Copus intends to merge historical facts with time travel, fantasy and adventure for tweens and young teens in this first book of a series. “Today, history is dying in our schools; partly because when it is taught, some books are boringly filled with only dates and statistics,” says Copus. “In my books, history not only lives, but lives vibrantly, thriving with excitement.”

Jon’s grandfather becomes worried when Jon’s time travel machine returns empty. He becomes even more concerned when he discovers where and when Jon and Jon’s grandmother have landed in history: right before an earthquake and a 60-foot tidal wave is destined to destroy the pirates’ island hideout. In a race against time, Jon’s grandfather sets out to rescue his family, time traveling to Port Royal and hiring passage aboard the Chinese ship of the barbaric Chum Lee.

Sally is currently researching for ’In Search of Atlantis’, the follow-up book to BlackHeart’s Legacy. The final book in the series, entitled ’The Islands’, will be set in the 24th century and will culminate with the revelation of the origin of the time travel vessel and its ties to Jon and the Sinclair family.

BlackHeart’s Legacy: Book 1 of The Odyssey of Jon Sinclair is available for sale online at Amazon.com and other channels.